Check Prices In Your Area

Chapter 7: Energy From the Sun

Solar systems are clean sources of energy. They do not cause air or water pollution, and they don’t emit gases that contribute to climate change.

The sun has great potential as a source of home heating. Eighteen days of sunshine equal the earth’s entire supply of coal, oil and gas.

Solar heating systems classify as either active or passive: 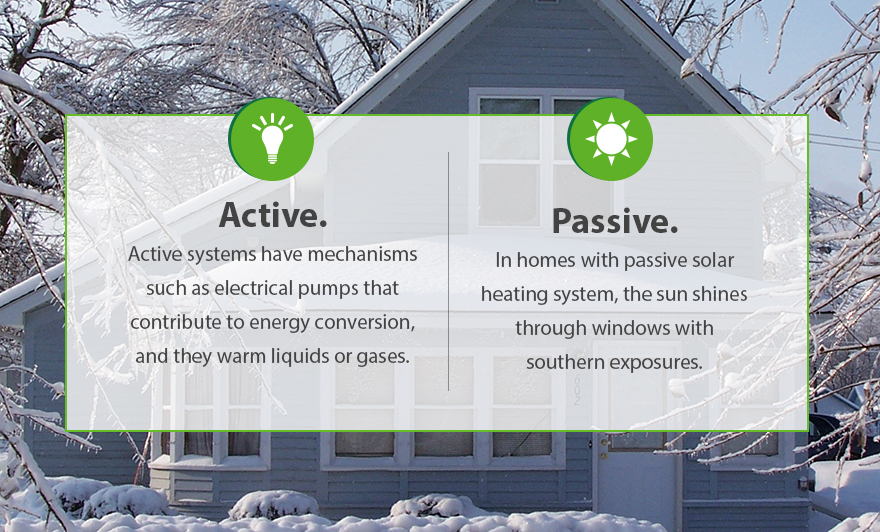 Solar energy systems are not efficient, but under some circumstances, they keep energy costs down. Here is a breakdown of their efficiency, cost and disadvantages: